The Ponds and the Southerns: Swimming and running in the Hampstead Heath sporting landscape

I enjoyed 'The Ponds' (2018),  Patrick McLennan and Samuel Smith's documentary following a year in the life of the famous outdoor men's, women's and mixed swimming ponds on London's Hampstead Heath. Much of what was said about the joys of this kind of swimming can be translated to running - the therapeutic effects of exercise, the appreciation of being outdoors in all weathers, the companionship of the intrepid band of enthusiasts. 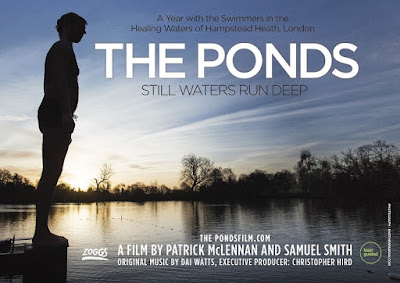 I was particularly struck by one of the swimmers referring to what he referred to as a Russian concept of  living water ('Zhivaya voda'), with the pools somehow infused with some of the life force of all who have swam in them before- something continually renewed by each swimmer returning to the water.

I sometimes have a similar sensation running over historic courses in the footsteps of thousands who have run them before. This is nowhere more so than on Hampstead Heath where I ran in the South of England Cross Country Championships last month. Athletics shares the sporting landscape of the Heath with swimming, with its cross country courses and of course the Highgate Harriers running track at the bottom of Parliament Hill  - in recent years home to the iconic 'Night of 10,000m PBs' races.

The cross country races start by another swimming landmark on the Heath - the Parliament Fields Lido -from where so many runners have charged up to the top of the hill at the start of the National and Southern Champs. Most of the greats of English athletics have run that course, including David Bedford who incidentally features briefly in 'The Ponds' as a sometime swimmer.

The Southerns have been happening on the Heath since 1954 and the Nationals since 1957, but as the even longer history of the Ponds shows we should not take this for granted. As recently as 2004 the City of London Corporation, which is responsible for the Heath, tried to close down the Ponds but backed down after a successful campaign. I saw 'The Ponds' last month at a screening at the Phoenix Cinema (East Finchley) with a Q&A afterwards with the directors and a representative of the Kenwood Ladies Pond Association. The latter mentioned that the Ponds have got increasingly busy with the current outdoor swimming boom, something that some of those used to the previous early morning solitude may be ambivalent about - but which helps build the case that stopping swimming there would be unthinkable. Likewise there were nearly 6,000 entries for the Southern cross country champs this year. Long may running and swimming continue on the living tracks and waters of Hampstead Heath. 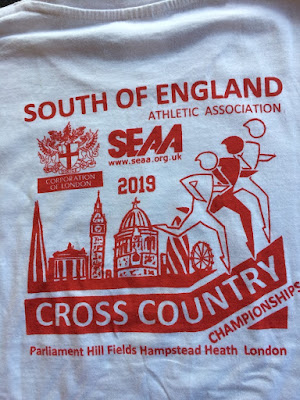