Run fast comrade, the old world is behind you

Interesting to see that a 'Louise Michel Sports Club' has been established in South East London, a radical group based around 'solidarity through fitness' with an initial focus on running, self-defence and hiking. They are named after the famous Paris Commune revolutionary who lived in SE London later in her life (a while ago I promised to organise a walk around her old haunts, maybe it could be a radical history run some time). Anyway I am dying to get my hands on one of their forthcoming t-shirts which they previewed on their twitter feed earlier (@louisemichelsc): 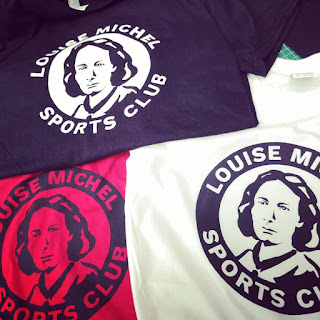 Anyway that reminds me of another idea I had for a radical running t-shirt, based around a slogan written on the walls of Paris during May 1968 - 'cours, camarade, le vieux-monde est derriere toi' (run, comrade, the old world is behind you) 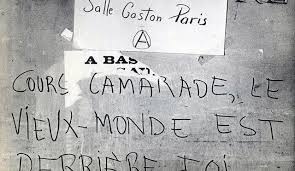 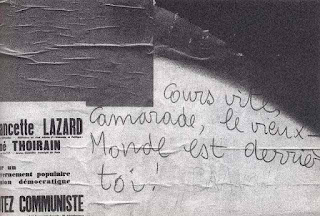 Would love to reproduce one of the above on a running top some day, technical fabric of course.