Tate Britain in London is currently featuring Phantom Ride, a video work by the artist Simon Starling that digitally recreates some of the iconic art works that have featured in the Duveen galleries - the central space that visitors enter when they come through the riverside entrance (though due to building works that entrance is not in use at the moment). At one moment in Phantom Ride, a figure appears and runs down the empty gallery. 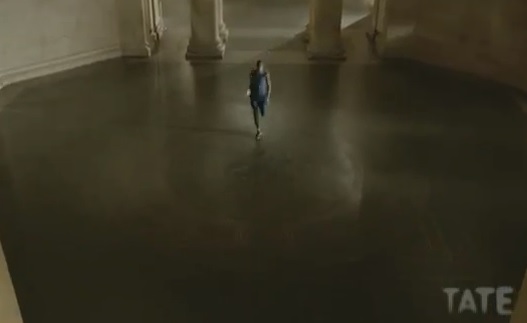 This alludes to a work that was performed in the gallery in 2008 - Martin Creed's Work 850. If we want to talk about art and running, where better to start than with a work that solely features just that: people running, in an art gallery. For eight hours a day, every day, from July until November 2008 Creed arranged for runners to sprint the 86 metres of the gallery. After a 15 second pause, another runner would appear and do the same.

Runners, many of them recruited through Athletics magazines and clubs, were paid £10 an hour to work in teams over a four hour shift, with sprints interspersed with rests. Interviewed at the time, Creed explained: "As soon as I was asked [to tackle the Duveen Galleries] I immediately thought of people running through them.. I wanted to use the whole space, instead of putting an object in it. The runner is like a guide showing you the whole space... Running is a beautiful thing. You do it without a pool, or a bike; it is the body doing as much as it can on its own'.

He also said: “I like running. I like seeing people run and I like running myself… running is the opposite of being still. If you think about death as being completely still and movement as a sign of life, then the fastest movement possible is the biggest sign of life. So then running fast is like the exact opposite of death: it’s an example of aliveness.” (Tate Press Release, 30 June 2008).

The piece provoked predictable 'but is it art?' outrage in the Daily Mail. But that gallery has always featured statues and other representations of the human form, so why not actual humans engaged in another fine art, the art of running? 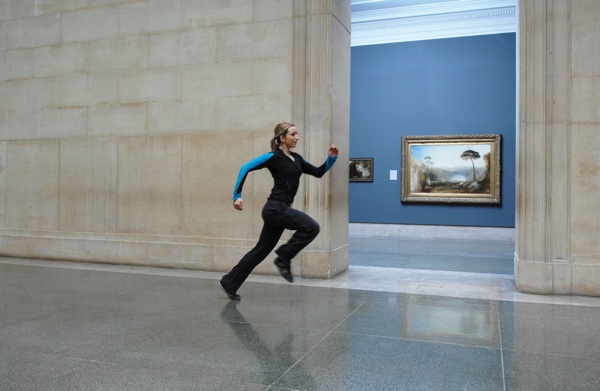 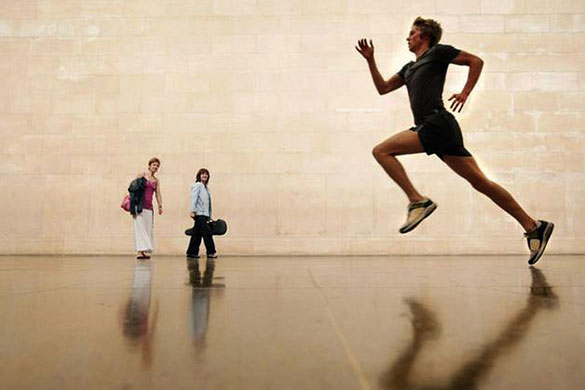