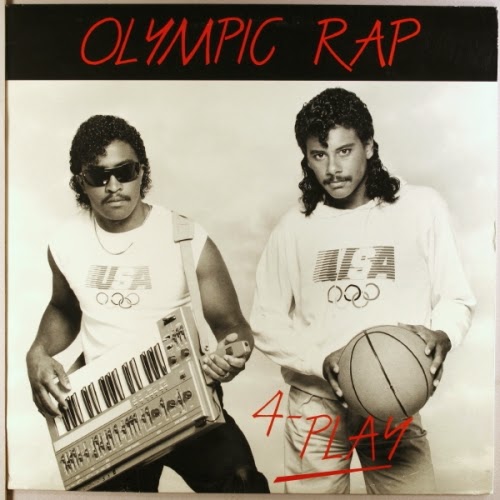 Released to mark the 1984 Los Angeles Olympic Games, 'Olympic Rap' by 4-Play is an electro gem that, in my humble opinion, stands head and shoulders above some of the overblown Olympic anthems featured in this series previously. Admittedly it's only direct references athletics in its opening mention of the LA games and in samples of athletic stadium crowd noises, but that's enough for me.