The Art of Athletics (8): Young Girl Running on a Balcony 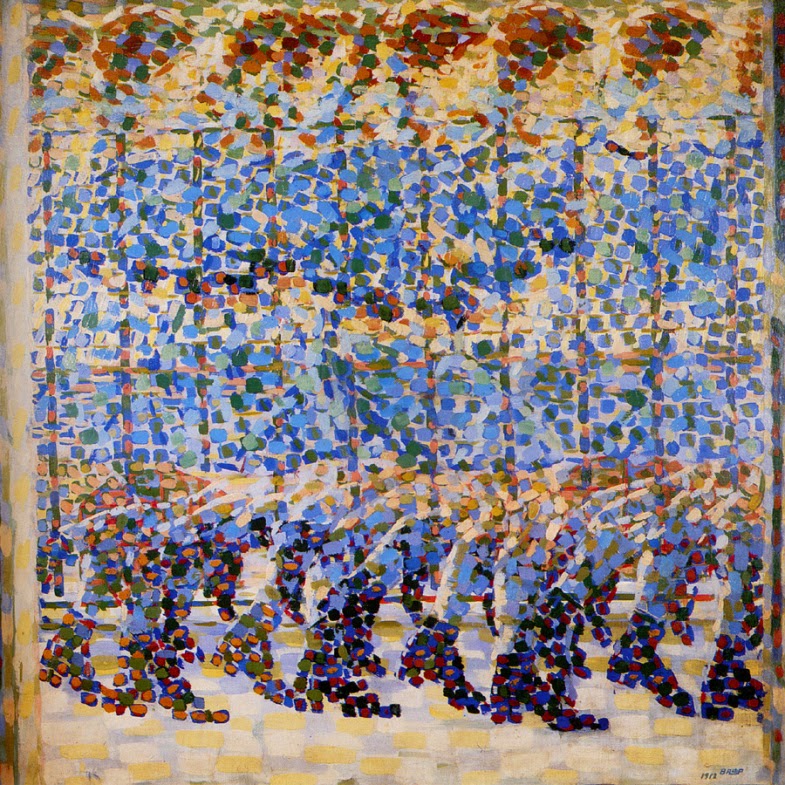 Utopia/Dystopia describes it as follows:

'The title of the piece gives a clue as to what the subject of the painting is.  Once it becomes clear that the subject is a girl, her outline becomes apparent.  The reason the picture looks abstract is because the artist depicts the subject at multiple points in time as she is running. Balla blurs the lines between the movements of the girl.  He makes it so the girls’ movements aren’t disjointed, but are in fact one continuous fluid movement.   This painting was one of many paintings that Balla used to experiment with “physical reality and optical appearance” of movement. Balla is so detailed that you can tell how the little girl’s braid moves back and forth as she moves.  He painted each part of her body to be one specific color, for instance her dress is blue and her shoes are brown, so the viewer can easily follow the movements that the girl makes.

Giacomo Balla studied his subjects for months before he created his finished painting.  He painted A Young Girl Running on a Balcony by painting  “about ten studies which become increasingly complex until he reaches abstraction.” So he started with a normal image of a girl running and made it more and more abstract, however, it still is clear what the subject is once you look at it for a long enough period of time.  Balla viewed his paintings as “scientific and mathematical as well as artistic.” This painting was important at the time, because Balla was one of the first futurist painters to experiment with movement in his paintings'.

Although this is the only work of his I know of that takes running as its subject matter, the representation of movement was a major pre-occupation of the artist. Other examples included 'Flight of the Swallows' (1913): 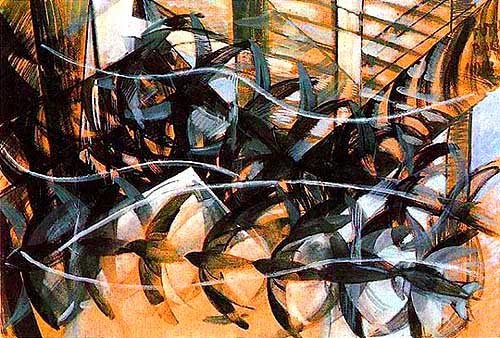 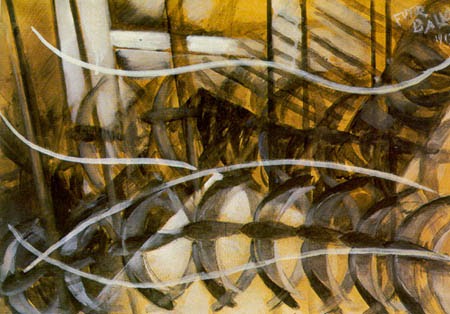 See also in the Art of Athletics series: