I featured some photos a few weeks ago from an 1896 book entitled the 'Sportfolio: portraits and biographies of heroes and heroines of sports and pastimes'. I have never seen the actual book, but had found a few images from it on ebay. In response to that post, Jennifer Miller  (who runs with 'New Jersey's Best Running Club' Raritan Valley Road Runners) got in touch. Not only has she seen the whole book, but she has scanned all the pictures in of athletes - and kindly shared them to post here. 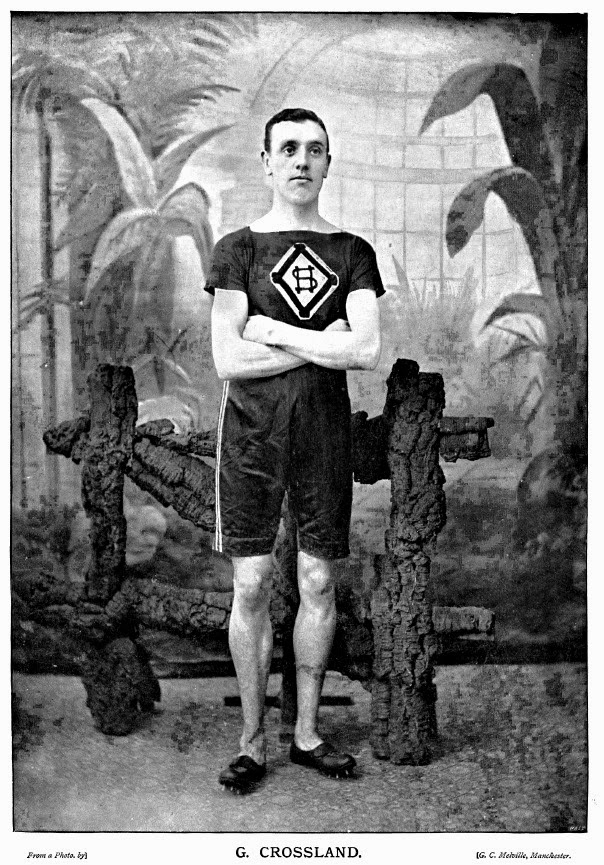 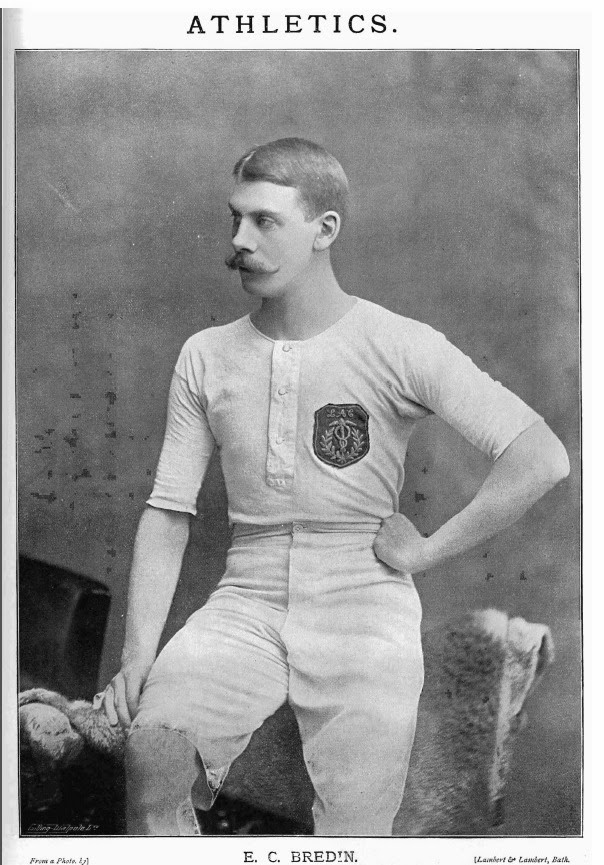 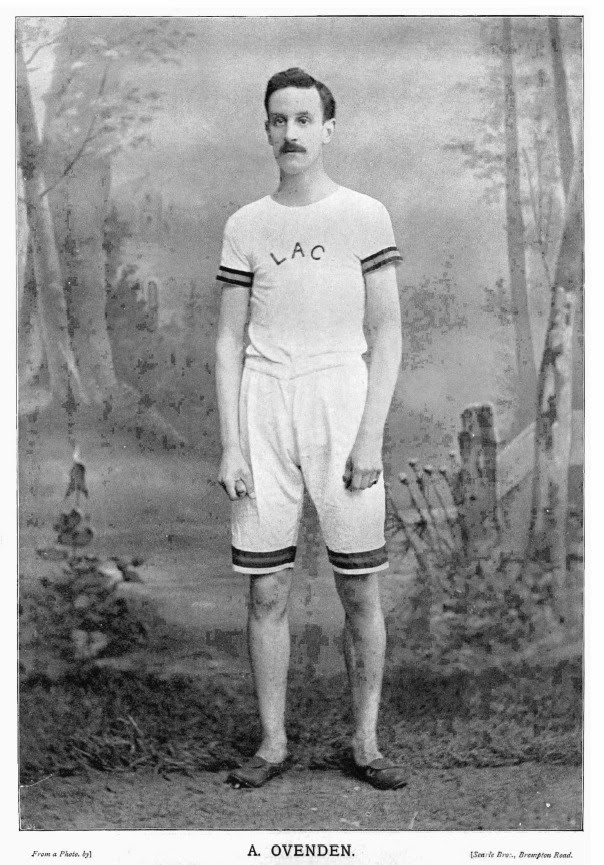 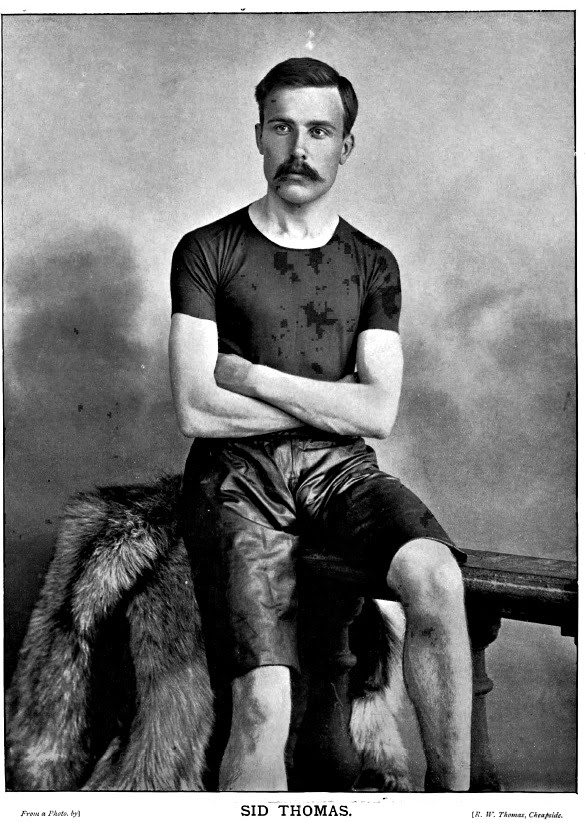 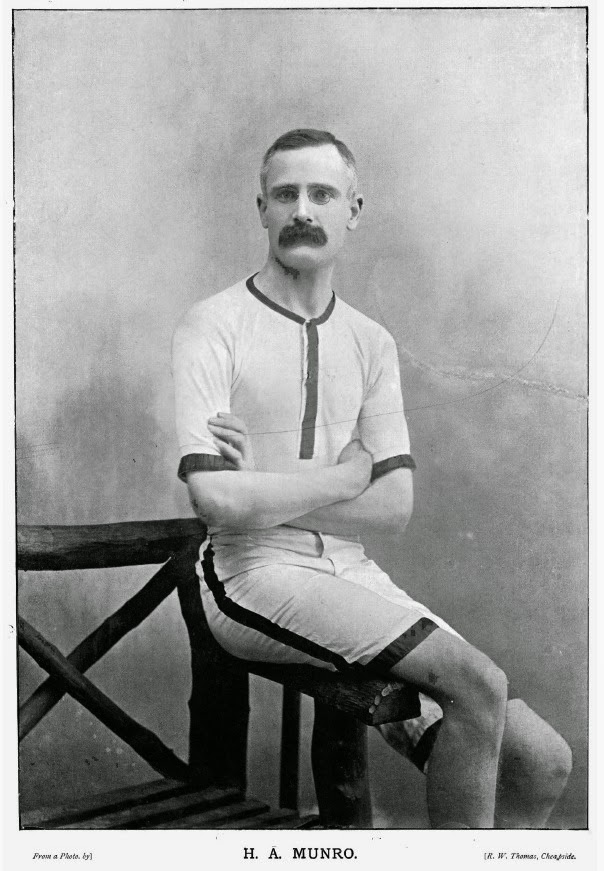 J.E. Dixon (not stated in book, but he ran for Spartan Harriers): 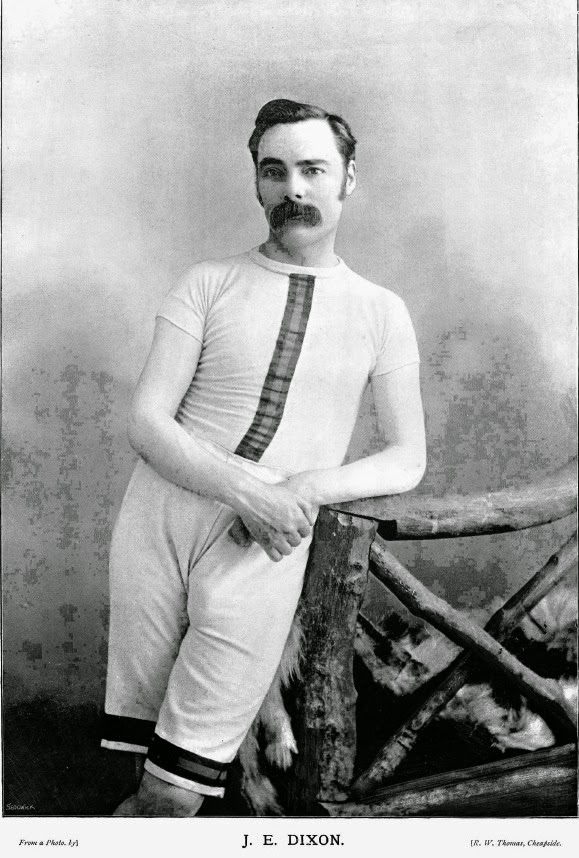 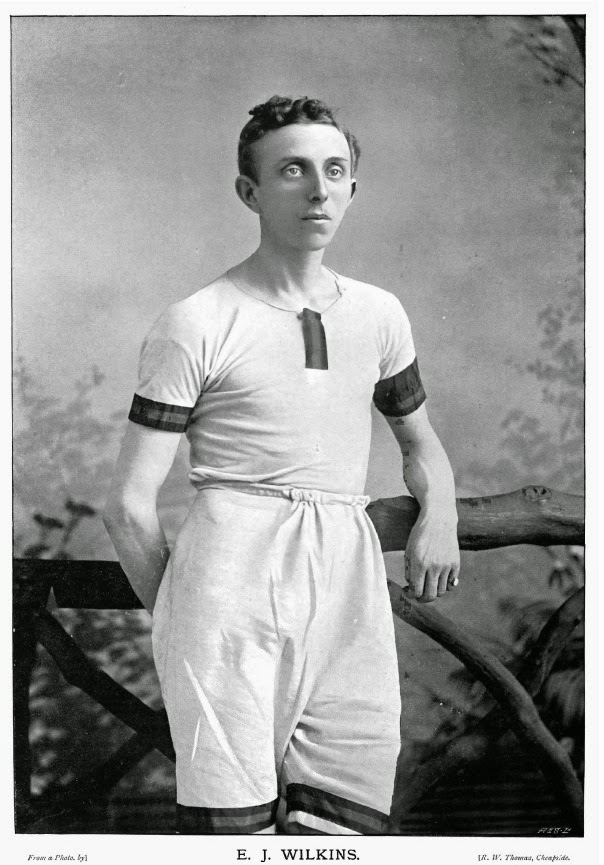 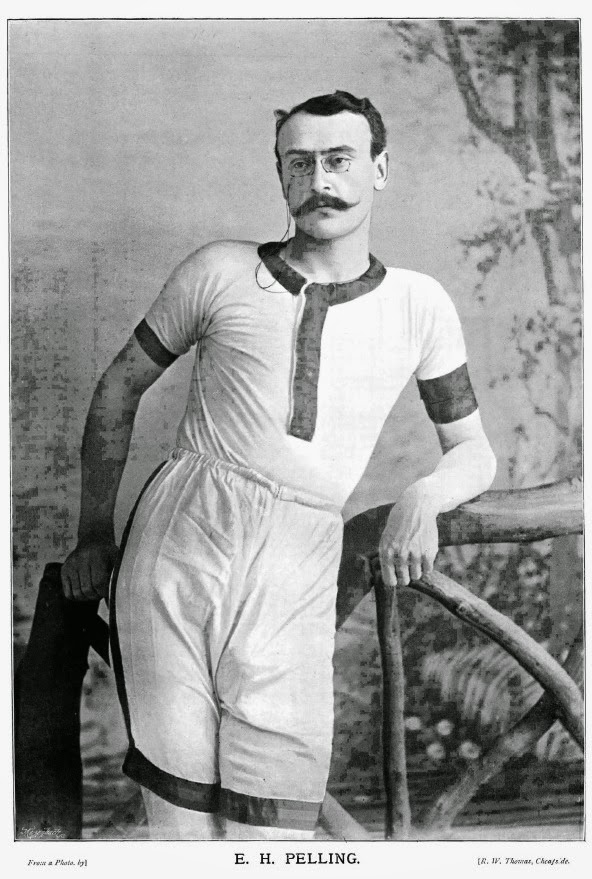 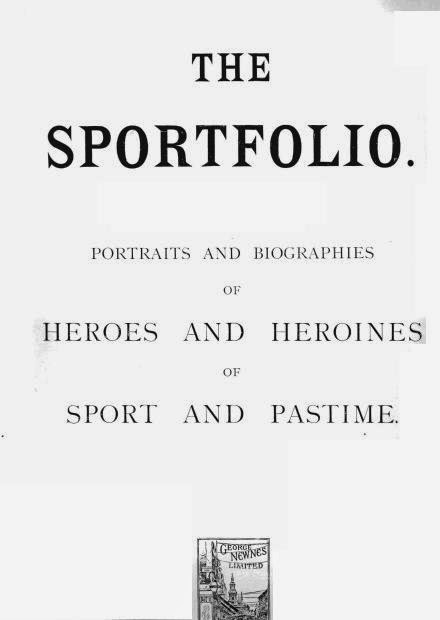 Some very well groomed gentlemen there, reminding me of  a comment about hair I read in an issue of the Ranelagh Harriers Gazette (no.167, May 2013) which I picked up in their clubhouse recently. It was a reprint of an article by 'Alsoran' from the Gazette a century ago (30 April 1914) describing the club's trip to Guildford for the Southern Cross Country Championships.The author writes: 'after the team had bathed themselves and got back to their right senses, besides bestowing very great care upon their hair - this being characteristic of all good-class runners - we got underweigh for The Three Pigeons... Things went quite in the ordinary way with each member of the team explaining how he beat old so-and-so, and gallantly passed five thousand men in the last quarter-of-a-mile, all for the honour of the Club, of course, and not for his own  special glorification'

Once again I am fascinated by the sophistication of running kit design at this period - note the thin white stripes on Salford Harriers shorts (not to mention Thomas's lederhosen!), and the specially-made shoes with spikes. They look quite similar to theses ones from the 1950s (photo from excellent I Was, or Am a Runner group on facebook):