2,061 runners finished the 26th Paddock Wood Half Marathon last month (March 29th), a good race through the Kent countryside on a mostly flat course (other than one hill just after the first mile). The forecast was for heavy rain and strong winds, but it wasn't quite that bad even if it was getting a bit wet and blowy towards the end.


Toby Lambert (Winchester and District AC) won the race in 1:07:09, followed by Tom Collins (Medway and Manchester AC) and Robert Jackaman (Cambridge Harriers), while the unstoppable Clare Elms (Dulwich Runners) was first woman home for the third time, coming in at 1:22:30 ahead of Tina Oldershaw (Paddock Wood AC) and Una English (full results here). I was happy enough to duck beneath 100 minutes.
This is Paddock Wood Athletic Club's big annual event, raising funds to keep it going throughout the year as well as for Kent Surrey Sussex Air Ambulance. It's a friendly and well-organised event, with the support of various local community groups such as the Girl Guides helping out with the baggage.

The course starts on an industrial estate in Paddock Wood before heading through country lanes, passing farms and yes oast houses as featured on the rather wonderful medal. 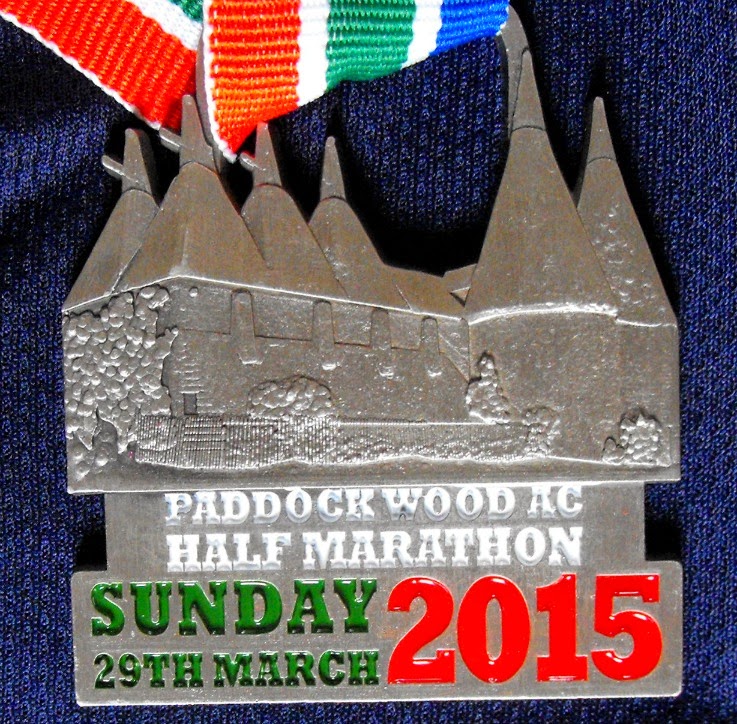 The oast houses were built to dry hops for the beer trade, and in heading down to this traditional hop-growing area from SE London our Kent AC crew were of course following in the footsteps of all those who went down there from the capital in September up until the 1950s for working 'holidays' harvesting the hops. We didn't sing this traditional ditty which was recorded at a Deptford hop-pickers’ reunion in the 1990s: 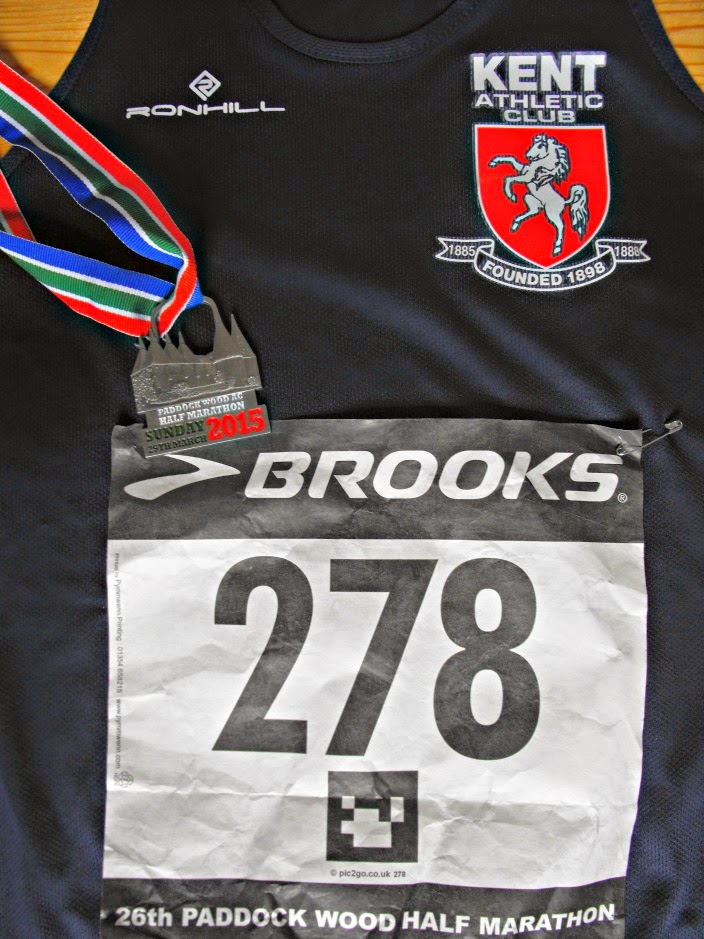 Email ThisBlogThis!Share to TwitterShare to FacebookShare to Pinterest
Labels: half marathon, Kent, Paddock Wood Half