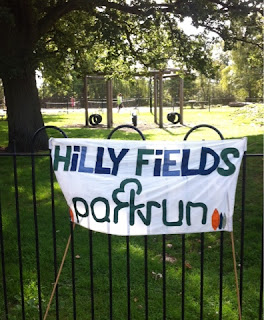 Yesterday was my 100th parkrun, and it also happened to be the 3rd birthday of my home Hilly Fields parkrun where I have run 78 times. After running more than 240 miles around the park I think I know that green haven in the London Borough of Lewisham pretty well. Yesterday the course record of 201 runners was equalled, and as has now become a tradition on its birthday the course was run in the opposite direction to normal. There was cake a-plenty and I added a couple of bottles of prosecco for my celebrations (which I hasten to add I shared widely - it wasn't all for me).

I've written before about Hilly Fields parkrun  and the history of the park, and there's plenty to be said about the continuing growth of parkrun across the world. In this post I am going to concentrate on the impact of parkrun on my running and on the wider athletics community.

I began running regularly for the first time since I was 18 about three years ago, starting out with the NHS Couch to 5k training programme - a nine week series of podcasts which gradually build up your running distance. I think it was through their website that I first heard about parkrun and found one near to me in Hilly Fields which had been going for just over six months. I remember on my first run there in April 2013 my main worry was just getting round without stopping, or indeed collapsing - I really didn't know what to expect. My first time was 27:10 but within a month I had knocked the best part of three minutes off that, encouraged by the immediate feedback of parkrun times. 100 parkruns later my best time at Hilly Fields is 20:58 and on the flatter Burgess Park course I have a parkrun PB of 19.42. 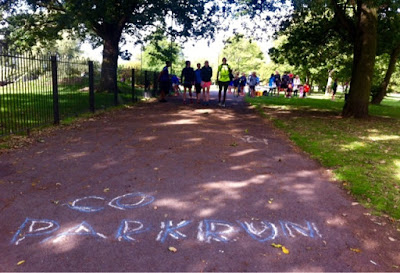 So plainly parkrun has helped me become a much faster and more committed runner, but its impact has gone way beyond that. Before parkrun I hadn't taken part in an organised running event since school cross country and an orienteering race when I was at Sixth Form. Parkrun for me, as for many others, has been a gateway to the world of athletics, so that running has moved beyond a fitness activity to participation in a sport. It has given me the confidence to take part in all kinds of events, starting with a couple of 10ks and then progressing through half marathons to do my first marathon in London earlier this year. 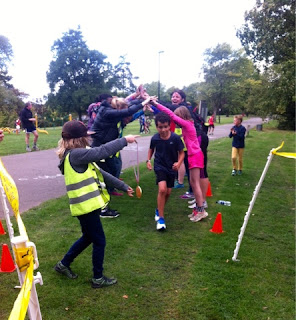 Perhaps most remarkably it was through parkrun that I came to join a club. Two years ago that would have been unimaginable - what could have been more intimidating? But as friendly faces at Hilly Fields told me about Kent AC, based not far away at Ladywell Arena, I realised that I could give it a go. There has been a steady stream of recruits to the club via parkrun, and many of us have gone on to take part in cross country and other inter-club races. In the process most of us have got significantly faster.

So parkrun has been good for so many of us. But what about its impact on the wider running world? As parkrun grew from its early beginnings in Bushy Park in 2004 not everyone in athletics was overjoyed. There were concerns that the easy availability of free 5k parkruns would undermine membership of athletics clubs and attendance at their events.  Today there are still some nay sayers but most have come round, because where running clubs have actively engaged with their local parkruns they have often reaped the benefits in terms of a big influx of new members. That has certainly been the case with Kent AC, where club members are amongst the run directors at Hilly Fields and run regularly as pacers. I was speaking recently to a self-proclaimed ex-parkrun skeptic whose Essex club had similarly recruited more than 100 members as a result of helping organise local parkrun events. Growing membership of clubs has also led to some club competitions becoming increasingly popular. Of course the effect isn't universal and some clubs and events do struggle - though in some cases you have to ask whether they could do more to make themselves inclusive and accessible. 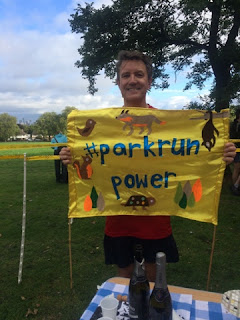 I would guess that to date the main impact has been on the quantity rather than quality of club runners. No doubt some great undiscovered talent has emerged through parkrun, but many new club members like me rarely trouble the scores in races. Quantity is not to be sneezed at though - clubs need a broad membership paying their subs in order to be viable and therefore able to support their faster runners. With tracks and other facilities under threat from public spending cuts, clubs using them need the numbers to justify their continued existence.

I think the impact on quality will emerge as some of the younger runners taking part regularly in parkrun and junior parkrun come through. Some of the younger members of our club are out chasing 5k PBs at parkrun every week, and parkrun has become a key part of their training. 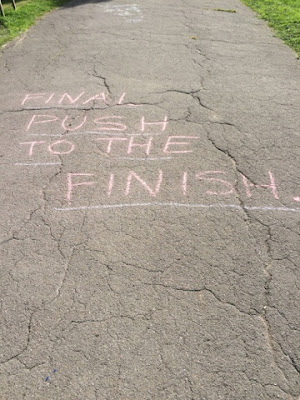 Bushy parkrun - a visit to the mothership
Pollok parkun in Glasgow
What is the fastest parkrun in SE London - and how much difference does the course make?
Wardown parkrun and 140 years of running in Luton
Junior parkrun at Hilly Fields
Winter running traditions - of paarlauf and Christmas Day parkruns
The 100th Hilly Fields parkrun
Burgess parkrun
Dulwich parkrun
Hilly Fields Christmas Day 2013
Hilly Fields parkrun first birthday - and a history of the park
The first Southwark parkrun 2013 and athletics history in the park 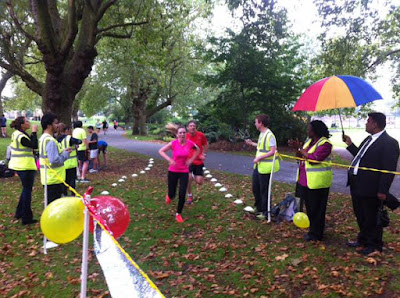