Haunts of the Black Masseur

'Haunts of the Black Masseur: the Swimmer as Hero' (1992) is a cultural/literary history of swimming by Charles Sprawson. Its main focus is on writers as swimmers, from the classical period onwards.

For the Romantic poets and those influenced by them, swimming was an embrace of the sublime. Byron considered swimming across the Hellespont in 1810 to be one of his life's greatest achievements, and Edgar Allen Poe was similarly proud of having once swum up the James river against the current. Sprawson compares the Romantic delight in swimming with their fondness for opium,  offering 'self-encapsulation in an isolated world, a morbid self-admiration, an absorption in fantasy':

'The passion for bathing really began with the Romantic generation and 'swim' was a word that particularly appealed to poets… The word suggests a state of suspension, a trance-like condition . .. Like the opium addicts of the nineteenth century analysed by Alathea Hayter, these swimmers felt themselves to be pariahs, elect outcasts, insulated from their fellow men. They too often  experienced through their swims the classic constituents of an opium dream: "the feeling of blissful buoyancy, the extension of time, contrasts of temperature, the bliss of the outcast."  .. Swimming, like opium, can cause a sense of detachment from ordinary life. Memories, especially those of childhood, can be evoked with startling strength and in vivid and precise detail'.

There was also a sexual element - Paul Valery referred to swimming as 'fornication avec l'onde' and wrote: 'I discover and recognise myself when I return to this universal element. My body becomes the direct instrument of my mind, the author of its ideas. To plunge into water, to move one's whole body, from head to toe, in its wild and graceful beauty; to twist about in its pure depths, this is for me a delight only comparable to love'. 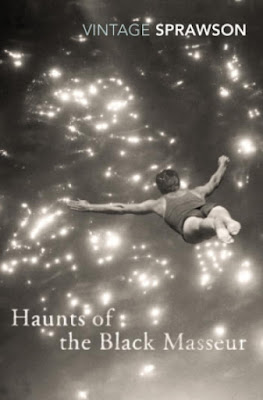 Sprawson provides some useful social history too, reminding us that while there may always have been people who swam, swimming as a sport with its own dedicated spaces is a more recent development. The rise  in  popular swimming in Britain was linked with the fashion for bathing at sea resorts from late 18th century, with the first organised races seemingly organised in the 1830s. The first indoor public pools to be built in Britain since Roman times were likewise built in the 19th century.

Styles of swimming have also changed over time. The breaststroke was dominant in English swimming in the first half of the 19th century and Sprawson tells us that  'Frogs were kept in tubs by the sides of pools as a means of instruction'.  The later rise of overarm swimming was influenced by Native American swimming styles, through the medium of such swimmers as Flying Gull and Tobacco who raced the English swimming champion Kenworthy in 1845 'and amazed Londoners with their over-arm windmill stroke'.
Posted by Neil Gordon-Orr at 08:23