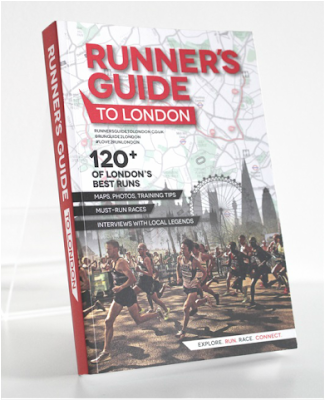 I got given the 'Runners's Guide to London' by Hayden Shearman for Christmas, with its promise of  '300 pages, over 120 runs, 100s of photos, 100-odd maps, trails, parks, canals, pathways, athletics tracks, indoor tracks, races, clubs, history, interviews with local legends ... everything RUNNING and LONDON is in this book'.

It's a well-designed book, with full colour photos and maps on every page. But for me the test for a London book is whether its coverage extends to all parts the city, not just the usual tourist areas covered by various types of guide books. In particular, the South East London area where I live is often overlooked in 'London' books other than a brief mention of Greenwich. I'm glad to say that the 'Runners Guide to London' scores very postively on this score, with a decent South East section matching those for all other parts of London, each of which includes a mixture of recommended running hot spots (such as parks, hillls and woods) with longer routes. For South East London for instance the latter includes The Green Chain and The Waterlink Way from Sydenham to Deptford Creek. There is a also a section on the capital's greatest route of all - The Thames Path.  I  recommend this book whether you are a runner living in London, or you're just visiting and want to explore the city on foot - get a copy here.

One idea in the book is the 'Run Every Borough Challenge'. London is divided into 33 local government areas - 32 boroughs plus the City of London. The challenge is simply to 'Find somewhere beautiful  to run in every borough in London', in the process maybe exploring parts of the city that even the born and bred Londoner might not be familiar with.

I quickly worked out that I had run in 16 of the 33 boroughs, including 10 of 12 located south of the River Thames. So today I decided to complete the southern part of the challenge by running in the London Boroughs of Sutton and Kingston.

In the former I went for a four mile run along the River Wandle trail, starting out in Beddington Park. 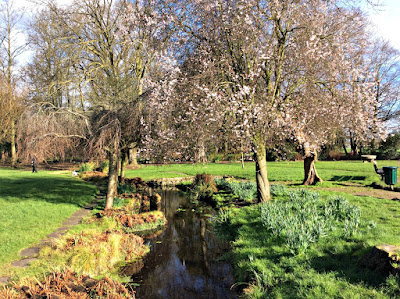 In the park, the river feeds a large pond and is also diverted into a narrow stream with some picturesque bridges.


I followed the river up as far as the wildfowl-rich Waddon ponds and then headed back.

Afterwards I headed on to Malden in Kingston, where I ran  for a bit along another London river, the Hogsmill. The run was a little disappointing, mainly because what looked on the map like a good route along the river was actually interrupted by the impossible to cross A3 road. Eventually I found a subway but I spent much of the run on suburban streets trying to find a way to the river, and the section I ran had a muddy/slippery path.  But I did my four miles on the streets of Kingston borough, so that's another one on the list.

So here's my progress in the Run Every Borough Challenge so far (runs completed in each borough in brackets):

South of the River-

North of the River -

Still to do (all North of the River):


Clearly going to have to get out to the far east and west across the river. Luckily there's a good google map showing all the boundaries, not to mention some good destinations in The Runners Guide to London.
Posted by Neil Gordon-Orr at 21:56