One of the earliest moving images of running comes from Eadweard Muybridge's famous Animal Locomotion series of 1887. A sequence of 12 photographs were looped to create the illusion of an endless run, with a further 12 documenting the same motion from a different angle. The still images capture the runner suspended in space, both feet off the ground. 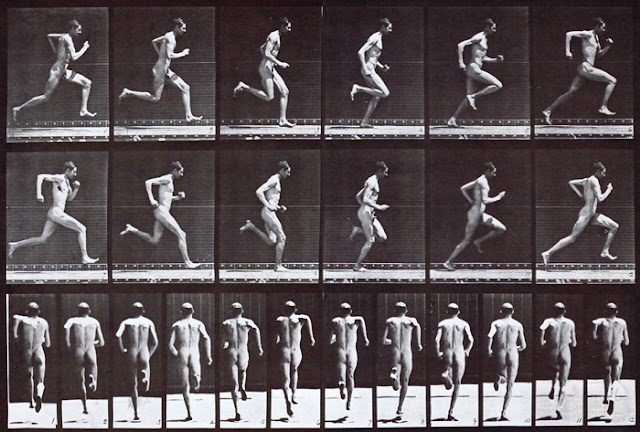 I don't believe that the name of the runner is recorded, but it is known that these pictures were taken at the University of Pennsylvania with the encouragement of the university's provost, William Pepper. The athlete is believed to have been a student there. According to Marta Brown, 'The athletes were the product of Pepper's new system of physical education at the university, meant to develop an overall fitness and vigor, key, according to Pepper, to the "cultivation of manly and courageous qualities" that defined white masculinity... In the minds of pioneers like Pepper, the physical prowess of the university athlete would be a manifestation of the American way of life' (in 'Eadweard Muybridge' by Philip Brookman, Tate Publishing, London, 2010). 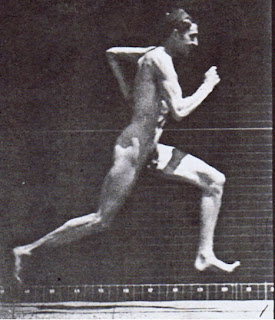 One thing that I hadn't noticed until recently is that the otherwise naked runner is wearing some kind of cap. Anybody comes across running headgear like that before? 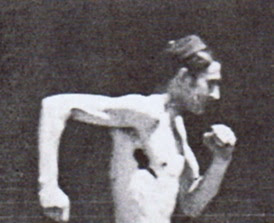