It was the 100th parkrun in Hilly Fields today. Since September 2012, people have been meeting at 9 am every Saturday morning in all weathers for a 5k run up and down the slopes of this South London park (see previous post for more on the history of the park).

110 runners took part this morning, ignoring the fluctuations of the English summer climate. I left the house in a thunderstorm, but by the time the run started the parkrun weather fairies had arranged a dry but humid spell. To celebrate at the end there were parkrun cakes galore. 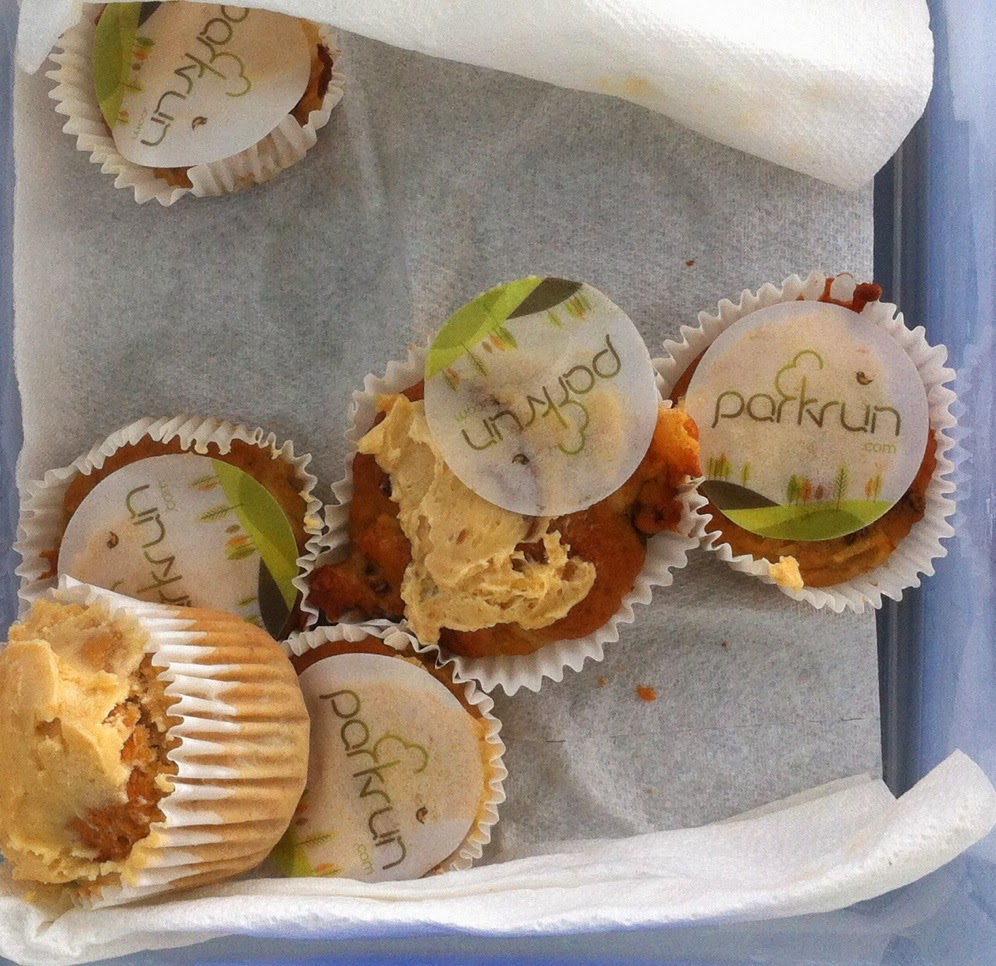 The great event was also commemorated in a Lego model of the infamous hill tackled by runners at the end of each lap, complete with cones, a marshal and dogs.

First finishers today were Steve Canwell for the men and Laura McCrave for the women. The course record of 15:39 set last month by Shaun Dixon (Highgate Harriers) remains intact - Shaun runs for GB in international mountain running championships, so presumably our little Lewisham hill didn't seem such a big deal to him!