Famously he has run every day for nearly 50 years - I believe the anniversary is actually on 20 December 2014. Runners everywhere though can thank him for his off track achievements - Dr Hill the textile chemist was one of the pioneers of using nylon and other synthetic fabrics in running wear, liberating us from the chafing nightmare of soggy cotton. The sportswear company he founded makes the running vests for my club, Kent Athletic Club and many others. Cheers Ron! 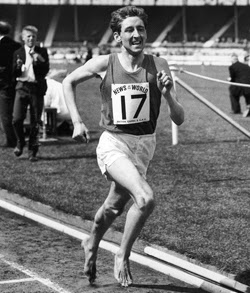 Google Image Search has a long way to go  - using 'search Google for this image' for one of the Ron Hill pictures, Google came back with eight models and a horse as 'visually similar'! 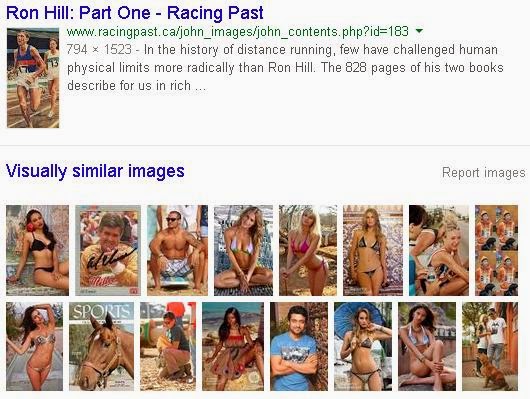