One of the threads at this blog is the history of athletics in South East London, including my club the Lewisham-based Kent Athletic Club. Larry Garnham, who is researching Kent AC history, has found this club photo from the 1950s. He has provisionally identified many of the faces, but has quite a few unknowns.

If you recognise any of the faces, or have any memories of the club and its runners in this period (or at other times), do let us know in the comments and we will pass on to Larry. 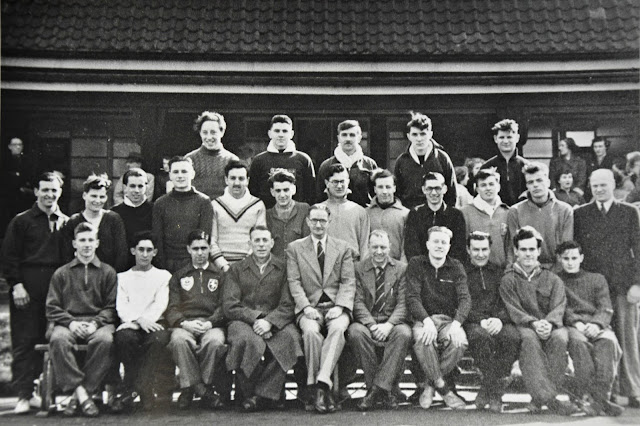