There's an interesting newish group on facebook called 'Our Runscapes' where people post photographs of where they run as part of 'an exploration of running and the landscape - where we choose to train and run'.

Lately some of my favourite runscapes have involved meetings with remarkable rivers. When you turn up in a town that has a river running through it, you know there's a strong chance of a great run - after all there will probably be a flattish path alongside and not too many road crossings to worry about. But there's also something about the motion of a river, the steady but powerful flow onwards that every runner aspires too. Here's a few photos taken out running this year. 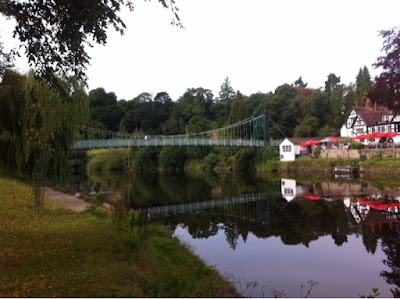 Shrewsbury is surrounded by a loop of the River Severn, with a wide tree lined path along much of its town-side bank. The suspension bridge (above) is by the Quarry, the main park in the town centre where Shrewsbury parkrun takes place every Saturday. 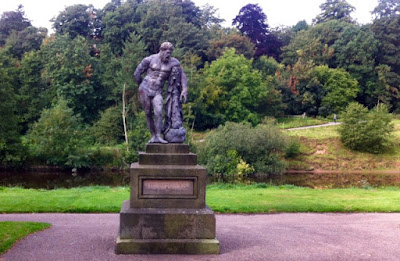 Statue of Hercules by the River Severn in Shrewsbury 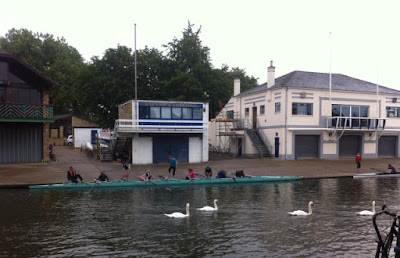 Staying in Cambridge for a wedding in July, I went out for a ten mile run on a Sunday morning. The River Cam has the added inspiration of serious rowing clubs out on the water from early in the morning. I ran along the south bank from Jesus Green out to Stourbridge Common, on the way back coming across people getting ready for Race for Life, where thousands of pink-clad runners traced a similar route as part of their 10k raising funds for cancer research. 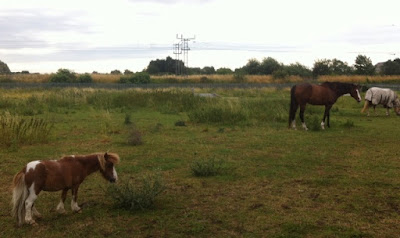 ponies by the River Cam

In Lyme Regis over the summer we were lucky to be staying in a house right next to the River Lym, and there is some great running to be had along the river and out of town to the old mill and beyond 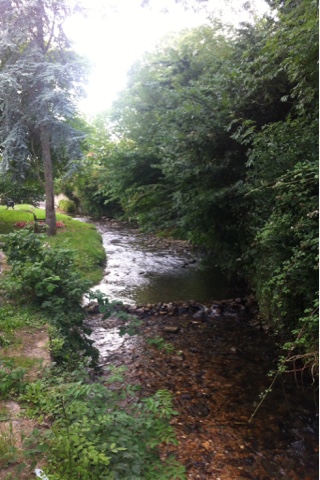 The River Ravensbourne runs through much of my South East London heartland, including close to my club's track, so I always seem to be running along or near to it. I will do it justice in a post of its own another time, but here it is glimpsed through the trees in Ladywell. 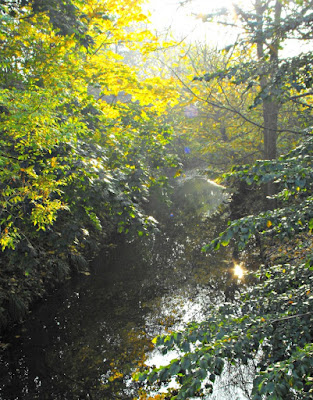 The River Lea rises in Luton, where I was born and grew up. Earlier in the year on separate days I ran both its first few miles and its last, to where it joins the River Thames in East London. 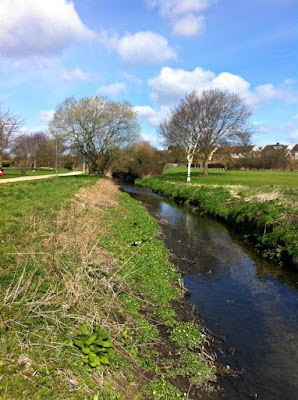 The River Lea in Luton (stretch by Birdsfoot Lane)

Which brings us to the great River Thames itself. I guess most London runners have spent a lot of time running along, over and even under it - the latter through the Greenwich foot tunnel. The photo below was taken at the end of a long run to where the River Lea flows into the Thames by Trinity Buoy Wharf. Across the river where the cable car lands is where I ran  in the Assembly League on the Greenwich peninsula. A few miles to the West the Embankment where I ran along the river on in the closing miles of the London Marathon.  Many other memories floating off downstream. 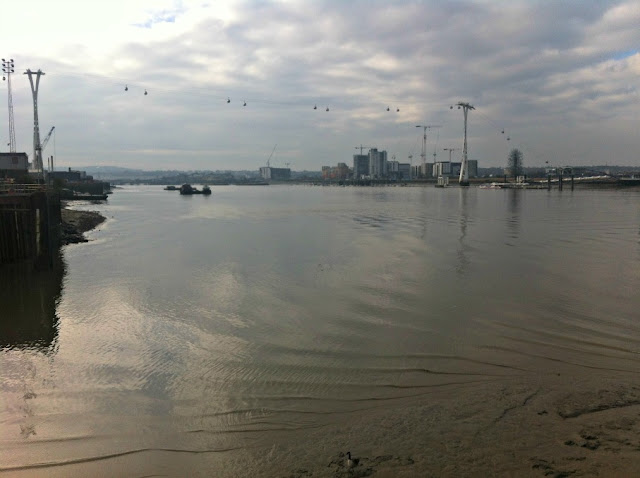