Muhammad Ali: I am the Greatest at O2

'I’m so fast, man,
I can run through a hurricane and don't get wet'


I've been meaning to go to the Muhammad Ali 'I am the Greatest' exhibition at the 02 in London since it opened, finally getting round to it in the week after he died which obviously made it very poignant.

Essentially its an exhibition that seeks to tell the story of his life through artifacts from his boxing career. Some of them are directly associated with Ali and his immediate entourage - such as gloves worn in his famous 1966 fight with Henry Cooper. Others are from the period, such as posters and magazine covers. There's also film footage with lots of Ali interviews as well as fight footage of course. It doesn't neglect his political activism either, with a room covering his refusal to fight in the Vietnam War. This act led to him being banned from boxing for three years at the height of his career - in turn it could be argued that this led to an increased risk to his health as he later fought longer than might have been good for him -  though the evidence of a link between boxing and the Parkinson's disease that disabled and ultimately killed him is contentious.

Some of the photos of Ali running I have featured here before are included, as well as interview filmed with him while going for a run.

Posters from the 1974 Ali vs. Foreman 'rumble in the jungle': 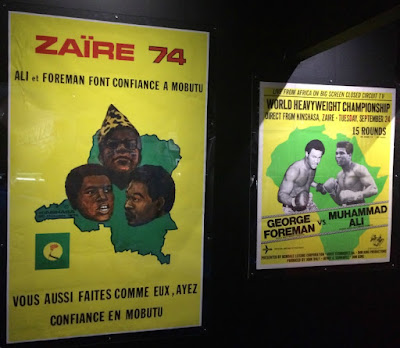 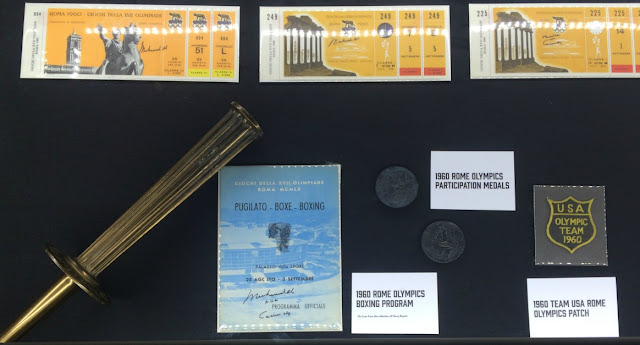 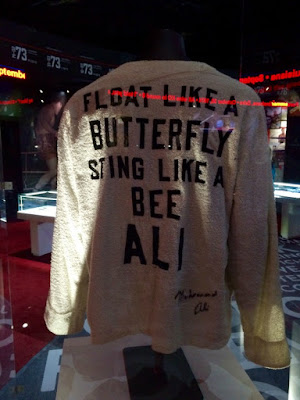 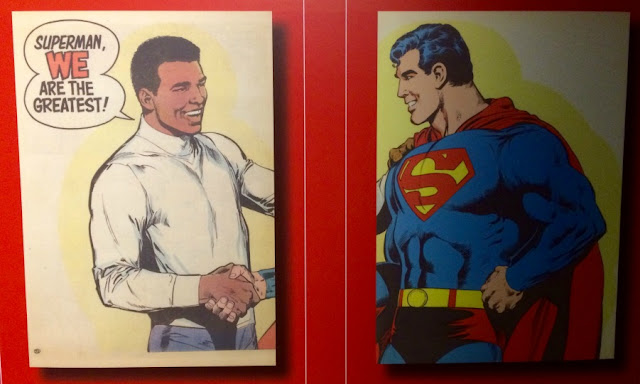 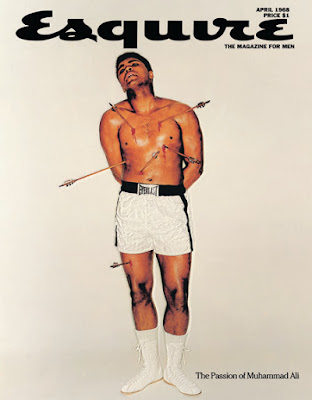 Ali lights the flame at the 1996 Olympics in Atlanta: 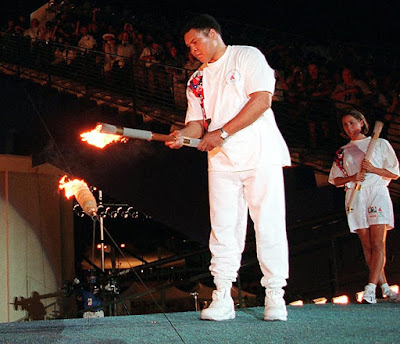 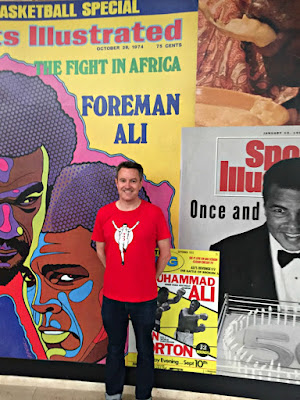