As somebody reminded me on twitter, yesterday was the anniversary of the birth of the London railways. On 8 February 1836, the first section of the London and Greenwich Railway was opened, with trains between Deptford and Spa Road in Bermondsey - the first passenger steam trains in the capital. Over the next few years the line was extended to reach London Bridge at one end and Greenwich at the other.

Today I decided to retrace that first train journey, running as near as I could the track from Deptford to Spa Road and indeed beyond to Druid Street then Tooley Street. 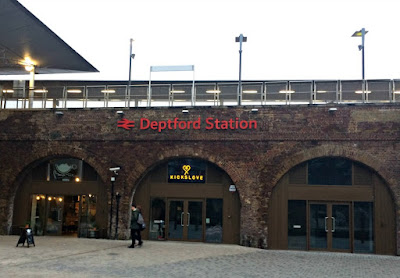 The railway not only transformed transport but the architecture of the city. To avoid the need for lots of level crossings, the railway was elevated above street level on a viaduct with hundreds of brick arches.

The site of the original Spa Road station is marked by a plaque commemorating 'London's first railway terminus, opened 1836'. 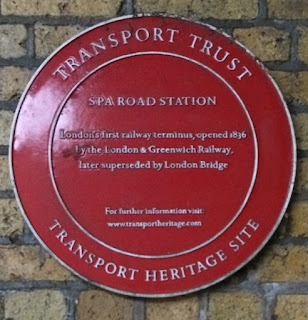 There is also a large photo on display of the old station. 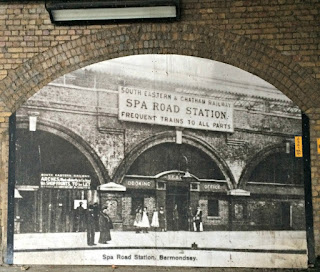 The bridge where the railway crosses Spa Road is a grand structure supported on pillars. 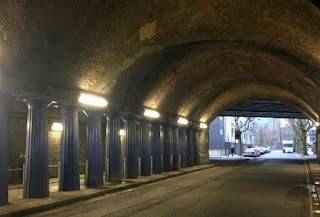 As I ran alongside the railway I reflected on all the ever changing uses of these railway arches, home over the decades to countless stables, workshops, scrap metal yards, churches, gyms, boxing clubs, nightclubs, studios and in their latest incarnation offices like the Neal's Yard Dairy HQ on Druid Street.  I thought of great nights out in railway arches like the Cross club at Kings Cross, Shunt at London Bridge or various arches in 1990s Brixton.  It's been a similar picture in other cities, such as Glasgow, where of course one of the most iconic clubs until it closed in 2015 was The Arches. As urban property has become more valuable and tightly policed, railway arches in some areas are losing their cheap/marginal/semi-outlaw status, but the history of these places isn't played out yet.

Many of these arches have their own distinct stories, some glorious, some tragic. In the latter category, a plaque on Druid Street recalls the Druid Street Arch Bombing when on 25 October 1940 a Nazi bomb killed 77 people sheltering in a railway arch. 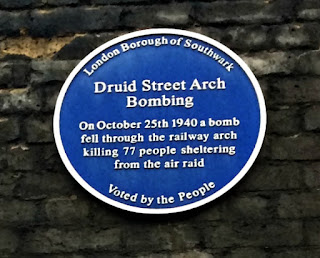 (I ran alongside the track for about 3 miles, for most of it close to the line though there were a couple of points where it's not possible to do so - see run details on strava) 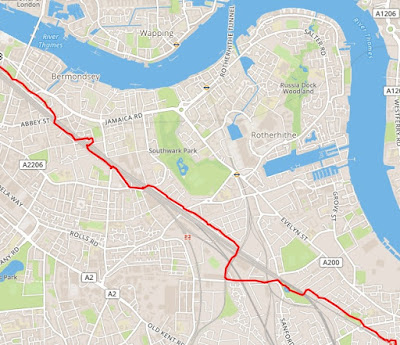