Some more record sleeve Athletics - this one suggested to me by the excellent Run Don't Run blog. The Associates' first album The Affectionate Punch (1980) features the Scottish post-punk-pop duo - Alan Rankine and Billy Mackenzie - on the starting line.

MacKenzie had been a short distance runner, and frequently returned to Athletics imagery in interviews. In a 1982 NME interview, MacKenzie told Adrian Thrills:  "The better shape I'm in physically, the better I feel I am musically... As I've said before, I relate music and emotion to athleticism. Athleticism is really important. The cover of our first LP 'The Affectionate Punch' was a way of saying that, with the two of us hunched together at the start of a running track'.

In an interview with Paul Morley in the same year, he drew an analogy between inspiring people with his singing and relay running: 'It makes me feel real good. Cos you feel as if someone's along beside you, sharing things. You could do everything for yourself. but ultimately that's no good. Going back to the athletics thing, which I can relate strongly to: you could do the 100 metres like I used to do and then run wi' the relay team, and you could get even more pleasure from that. Cos you helped and elated four people instead of one'. 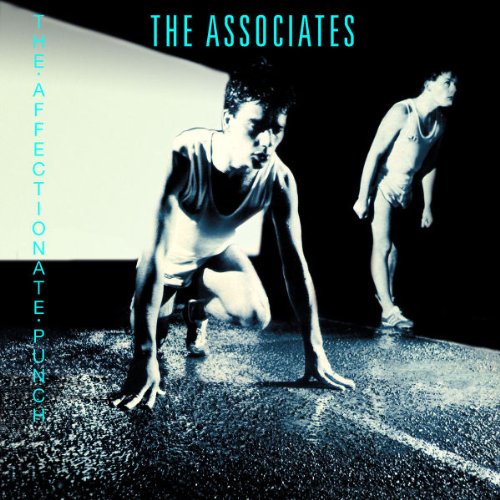 The combination of MacKenzie's gorgeous soaring voice and Rankine's musical arrangements gave the band some unforgettable hits in the early 1980s, notably Party Fears Two and Club Country. Legend has it that The Smiths 'William it was really nothing' arouse from an encounter between Stephen Patrick Morrissey and MacKenzie - certainly MacKenzie later wrote a song 'Stephen, you're really something' (see 'The Smiths: Songs that Saved Your Life' by Simon Goddard, 2006).

MacKenzie had a history of mental health problems, and committed suicide in 1997. As a tragic footnote to Billy's sad story I note that his sister died earlier this year after falling from a block of flats in Dundee.

Posted by Transpontine at 22:43