The Assembly League 2014 finale in Beckenham

The final race of the summer's Assembly League was hosted by Beckenham Running Club on Thursday September 4th, with 212 runners from 15 clubs taking part in a 3 mile road run starting out by Beckenham Cricket Club (in whose bar we celebrated the end of the season afterwards). First finisher for the men was Paul Martelletti of Victoria Park Harriers (15:01), with Amy Clements of Kent Athletic Club coming in first amongst the women in 17:10. Paul and Amy also won their respective senior competitions for the 2014 season, which consisted of six runs between April and September - three in Beckenham, two in East London's Victoria Park, and one in Battersea Park.

It was a similar result in the club competition, with Victoria Park Harriers winning the league for the men and Kent Athletic Club for the women - the latter for the first time, a sign of the growing strength of the South East London club whose men's team came third overall.

Looking at the shield it seems that the women's competition has been won 17 out of 20 times by Dulwich Runners. 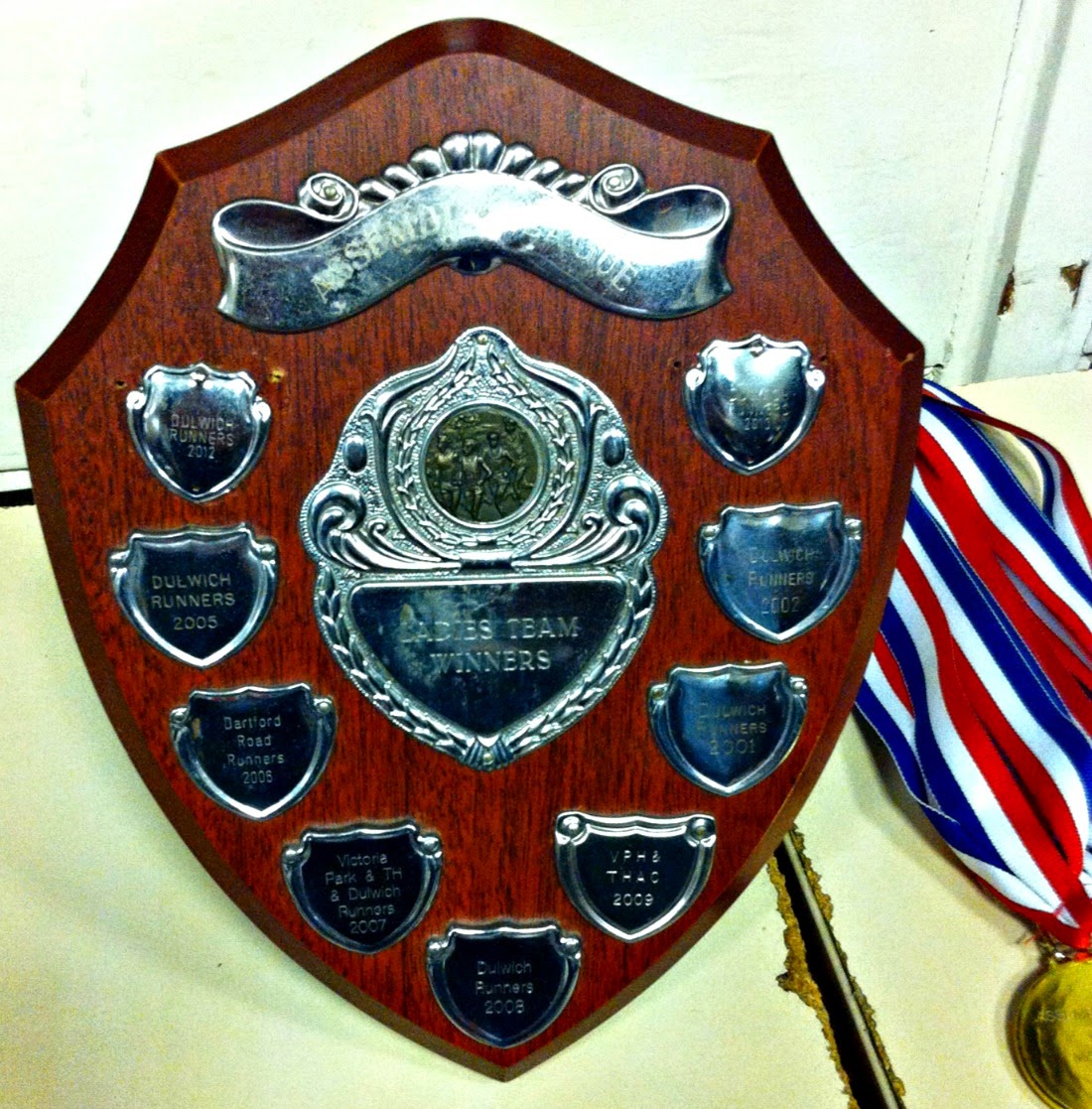 According to the Cambridge Harriers site, the Assembly League was 'set up in the mid 1970s as competition between the London Business houses, such as the banks, stock-exchange, Post Office and major local employers (many since closed) such as Molins and Johnson & Phillips at Deptford', the latter two engineering firms who at one time had big factories in South London. As industries have vanished from London along with their sports clubs, the League has shifted to consisting largely of established running clubs from the London/Kent area. Teams from Stock Exchange Athletics Club and Lloyds keep up the workplace running tradition, with other teams taking part including Cambridge Harriers, Kent AC, Eton Manor, Dulwich Runners,  Serpentine Running Club, Dartford Road Runners, Victoria Park Harriers, Petts Wood Runners, Beckenham Running Club, Eton Manor Athletics Club, Ravensbourne School, Ravens City of London Running Club and Aquila.


This was my first race since joining Kent AC, and while I don't think my time/position made any difference to the overall result it was a good run, even if the long hill leading up to the finish line in Beckenham Place Park seemed to go on forever. Good too to explore the Beckenham streets of Enid Blyton and David Bowie! (the latter once lived more or less opposite Beckenham Cricket Club on Foxgrove Road) 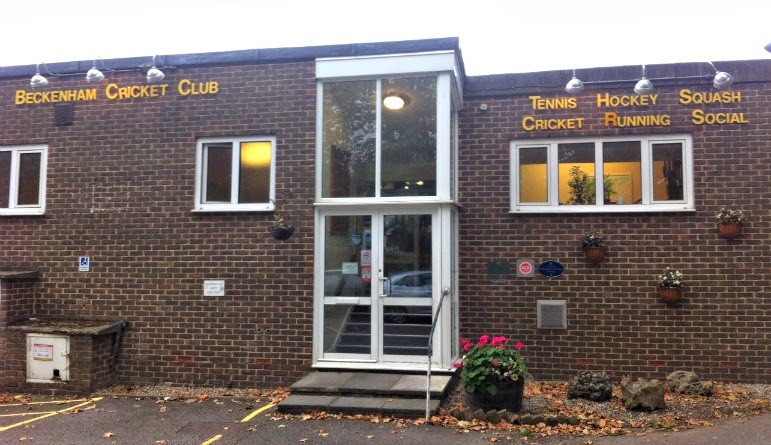